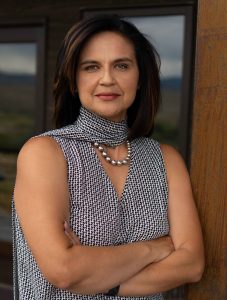 Joanna Kail was raised in Lander, WY. She earned a bachelor's degree in Communications & Marketing with a minor in International Relations from the University of Wyoming in 1997.

She began her marketing career in Jackson, WY at St. John's Hospital as a Marketing Coordinator shortly after graduating from college. After having their first child Joanna and her husband, Jared Kail moved to Cheyenne where she took care of McKenna and their second child Seneca at home until both children were of school age.

After moving back home to Lander, WY Joanna operated a small marketing and communications company with her husband for six years. Joanna is now the Executive Director of the WyomingPBS Foundation and a graduate of Leadership Fremont County and Leadership Wyoming, as well as a current member of Public Media Women in Leadership Association.

Joanna loves spending time with her husband and is active in the lives of both of her daughters.

No category
fcmadmin
Comments are closed
56
0
0
No tags