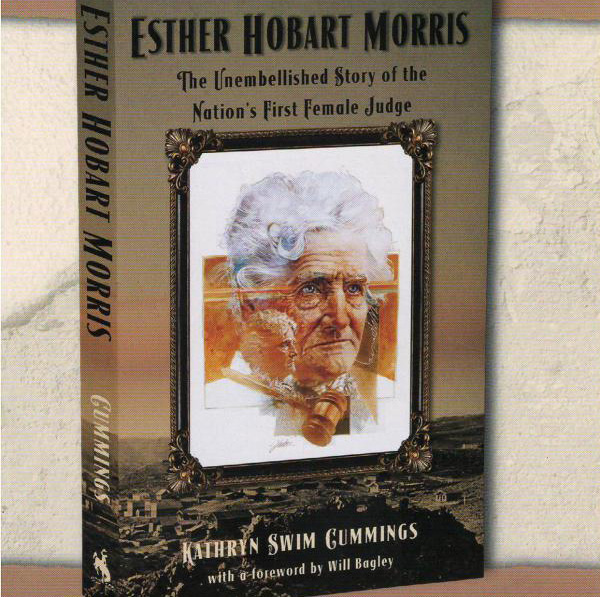 Cummings will present this Wyoming Community Bank Discovery Speakers Series program on July 8th at 7pm at the Pioneer Museum in Lander.  This program is free and open to the public.

Cummings, who has a new book out about Esther Hobart Morris will do a talk and book signing about the trailblazing woman from South Pass City.

In 1869 Wyoming Territory became the first government in the world to grant women the right to vote.  As Justice of the Peace in the boomtown of South Pass City Esther Morris became the first woman to hold office in the United States.  She was not a frontierswoman.  Like the typical men and women who actually make history happen, she was much more ordinary than extraordinary.  With her lifelong interest in abolition and women’s emancipation, she and her family moved from New York to Illinois and sent a son to serve in the Civil War.  She only moved to Wyoming Territory with her family at age 56.  Within a year she had applied for and been accepted as justice of the peace for Sweetwater County.

Free and open to the public.